The 2019 CBYA Awards presentation took place on Monday 24th February at the Restaurante A Bordo in the Club Náutico Jávea, and was attended by 56 members and guests.

At the start of the dinner, the CBYA presented donations of €1000 each to the two 2019 CBYA-supported charity organisations: Make-A-Smile and  the IVSH Balcón al Mar Voluntarios. 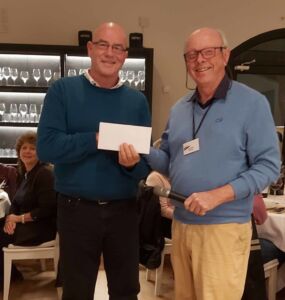 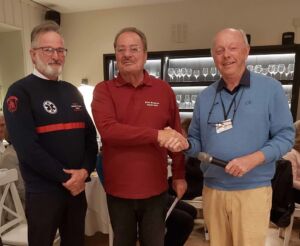 The CBYA awards were presented by Julie Benneworth and were awarded as follows:

Cruising Trophy: Tanya & Peter English (for organising CBYA holiday charters, two in Croatia and one in Greece). Tanya also helping to organise the CBYA Flotilla cruise to Formentera & Ibiza in June, and for proposing trips to the Palma International Boat and Superyacht Show (29 April 29 to 2 May) and the AC75 Regatta in Cagliari (18 – 26 April). 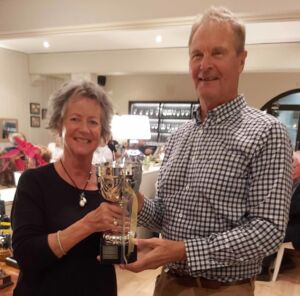 Peter English (Tanya was not able to attend) 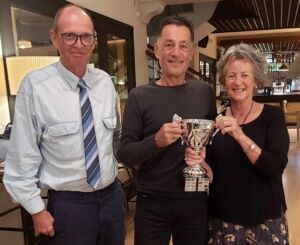 Cruiser Racing (Runner up): Richard Jones and crew of S/Y Tricky D (for not coming last in every 2019 5 Clubs event!) 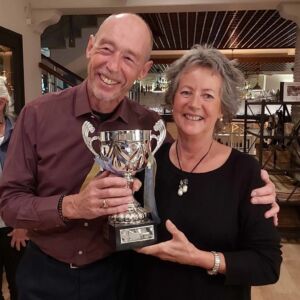 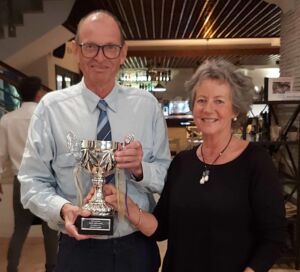 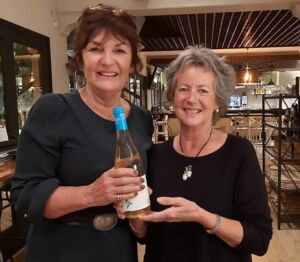 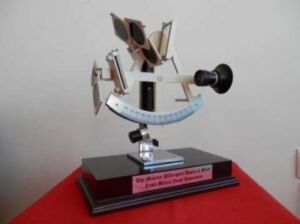 Karlheinz Witte Trophy: presented to the CBYA by member John Allison in 2018, in memory of our former Boating Officer, Karlheinz Witte, who tragically died in 2018. Award for who has achieved the most ON THE WATER in whatever boat (or boats), for the benefit of CBYA members, during the previous 12 months. Awarded to our past-Chairman, Bob Gordon for setting up and successfully running the CBYA Dinghy Section (despite vandalism) and for his welcoming attitude towards all, enthusiastic involvement and long-term commitment. 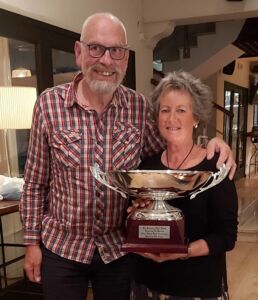 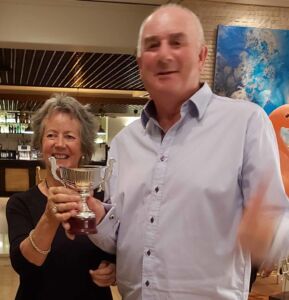 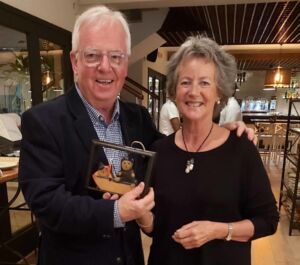 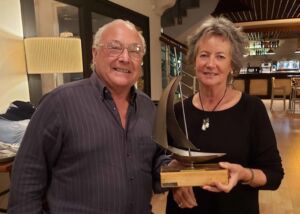 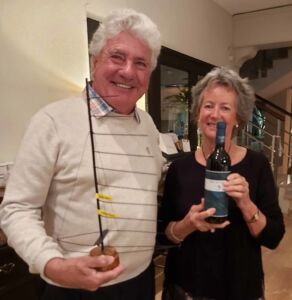 No award made as Andy has left Spain 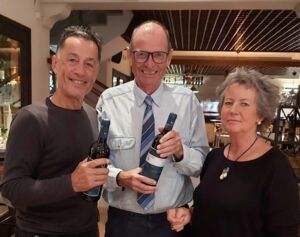 Collected by Chris de Boer for Barry McCrae, and presented to Paddy Bettesworth. Jenny Rawle will get hers when she returns from her extended crewing “walk-about” in the Philippines.

The final presentation of the night was the Pink Flamingo Award which went to Graham Hustler for his excellent skippering and crew management during the CBYA Day Charter when the flamingo was saved from certain death at sea! 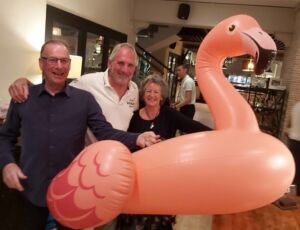 Well done to Rachel Garnham for organising the awards, and to the Social Team (Peter, Julie & Sabine) for arranging another great social event.