CBYA 2022 Flotilla Cruise to the Balearics

It has long been an aspiration of the CBYA to run a Cruise-in-Company to the Balearic Islands of Ibiza and Formentera, but this has been difficult to organise, due to COVID, and other challenges. We finally managed to organise a flotilla of four yachts this year. The boats started from various locations on the 10th June, and made it to Ibiza at the same time, all returning on 17th June, except for one.

The core of this venture was planned to charter from Náutica Corcho (the company from which we hire our day charter boats), who would provide two 50’ yachts, with professional skippers, who would cook and sail the yacht for us.

However, due to Brexit visa restrictions, COVID, or whatever, only enough people signed up to fill one boat. The eight that signed up were sadly further depleted at the last minute due to one couple falling sick. So in the end, the charter boat, S/Y Corcho Catorce, departed with six very excited crew on board. These were Gwendoline and Glenn, Tessa and Mark, Ally and Pilar. The skipper, Fran was their sailing host, guide and onboard cook for the week. 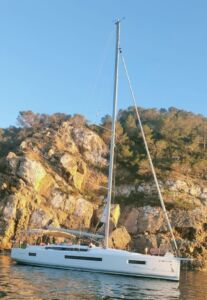 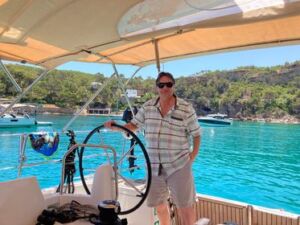 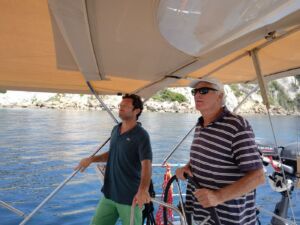 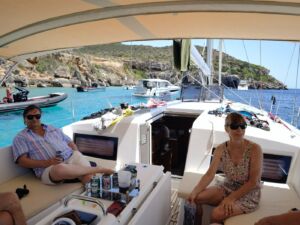 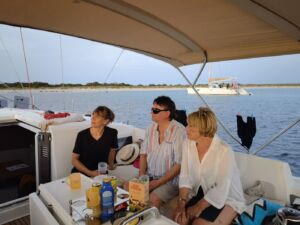 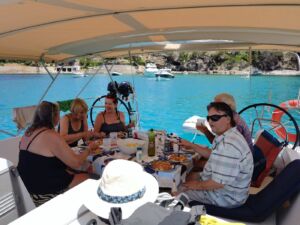 A report from S/Y Corcho Catorce can be viewed by clicking HERE.

The rest of the fleet was made up of three other yachts:

S/Y Sunny Spray (a steel Junk-Rigged Spray owned by Helma & Bob Hermans) – which departed from CN Oliva, with Helma (skipper), Amanda and Marion as crew. Sunny Spray began its leisurely (4 knots max) way to Ibiza ahead of the other yachts, to arrive in good time. 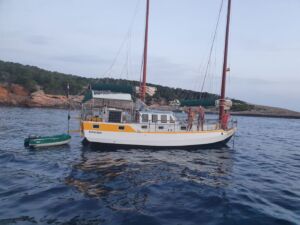 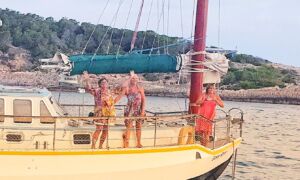 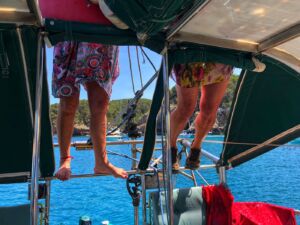 S/Y Tricky D (owned by Richard Jones) – which departed from Marina de Dénia
With Richard (skipper), and his crew Dave Peachy, Jim Cooper, and Peter Knowles. Tricky D had plans to meet up with the other yachts, but then sail on to Mallorca, before returning to Dénia a week later. 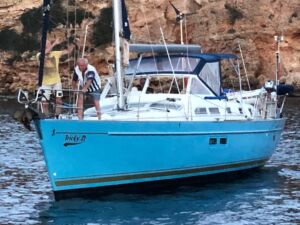 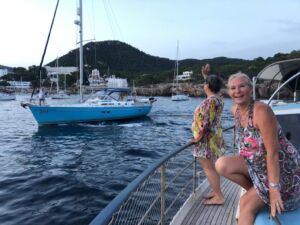 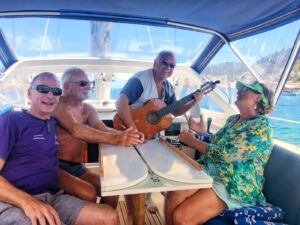 S/Y Avalon – chartered by John Mackney in Ibiza Town. John and his crew planned to fly out and join their yacht to avoid the crossing from the mainland, due to crew experience limitations, and then fly back at the end of the week. Ryanair, however, had other plans, and John and his crew did not arrive in Ibiza until about 0300, and therefore had a very late check in on their yacht. 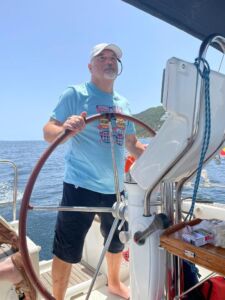 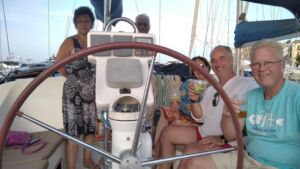 Given the complexity of four yachts all sailing from different destinations, they did, where possible, manage to hook-up with one another (although not all at the same time on the same day). Everybody stayed in touch (via WhatsApp) to share pictures and stories of their various adventures, and all reported having a great time. 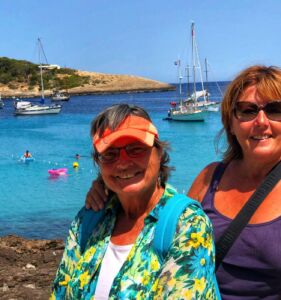 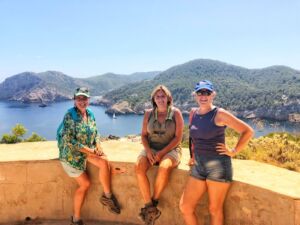 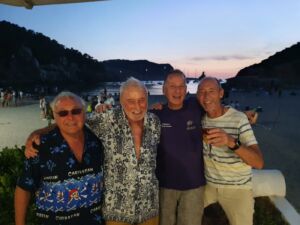 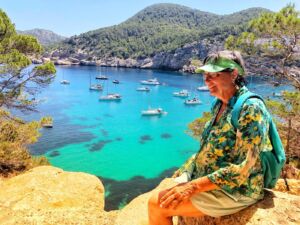 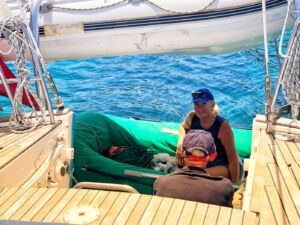 The CBYA will be hosting a presentation about the cruise, by the lead members of the four boats, at a social event scheduled for September/October 2022 – please watch out for the invitation!

Click HERE to view a short video prepared by the crew of Sunny Spray!

Overall, the feedback received indicates that the flotilla cruise was a success, and all agreed that we should repeat this formula next year, when hopefully, circumstances will allow the event to be better supported.

Well done everyone involved in bringing this together.