One year later than planned, due to the pandemic, which caused Tanya, our Charter Cruise Co-ordinator, huge headaches as not all the original crews could commit to 2021, we headed to Athens in mid-September. Hotel Metropolis was an excellent, central location: the size of the rooms and bathroom, however, were ‘compact’!

Those who arrived a little earlier had time to explore Athens, and on Friday, we all met at a restaurant in Plaka for dinner. 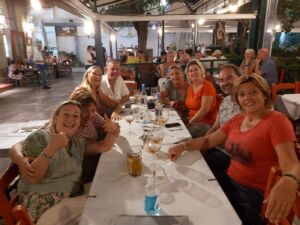 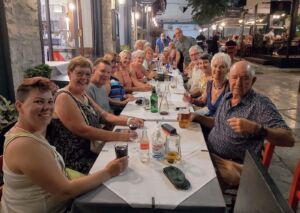 We boarded the coach to Lavrion on Saturday where our yachts Contigo, Marina, Anemone and Veni awaited us. Pherousa was late returning to port which meant that they were late leaving. We then all headed to the island of Kea. 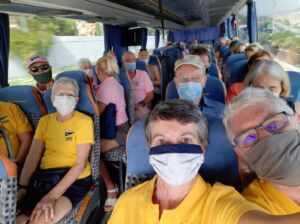 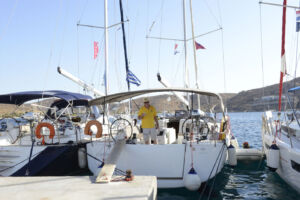 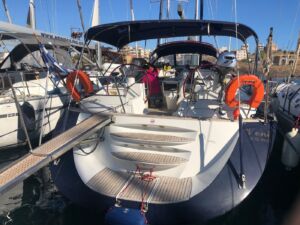 The original idea was for each yacht to have yellow or blue CBYA T-shirts and caps, being the CBYA colours: two chose yellow, one blue, but Tanya’s boat opted for pink, and another chose to be a rainbow boat, with mixed colours. 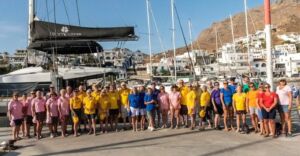 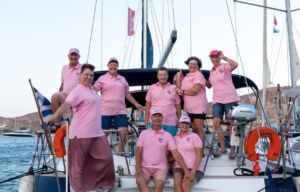 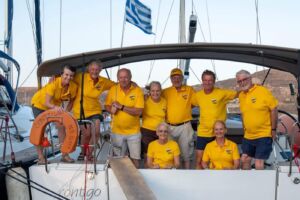 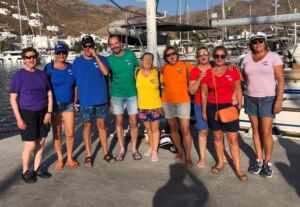 It had been agreed that we wouldn’t sail as a flotilla – not really feasible with five yachts [varying in size from 48-54’] – so each skipper was free to choose his/her own itinerary, which worked well. As it happened, all five yachts managed to rendezvous in the harbour of Livadi on Serifos for one night: some ate on board, others ashore. Most visited the picturesque town of Chora, perched high on the nearby hill. 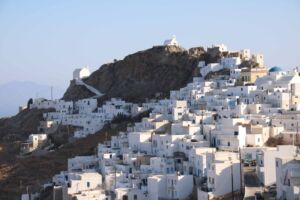 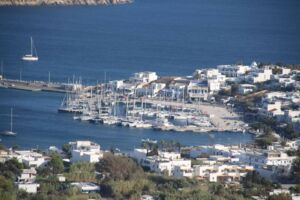 We mostly had fair winds, so not too much motor-sailing involved, and as we knew the Meltemi [very strong wind] was going to be gusting 50-60 kph on Thursday, each yacht found its own safe haven for the day. 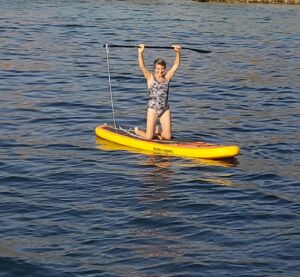 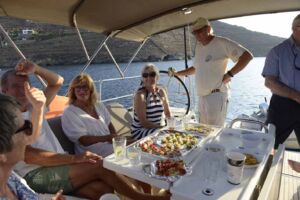 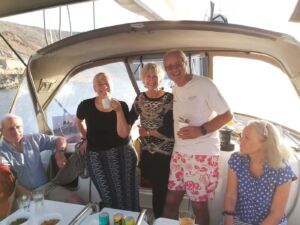 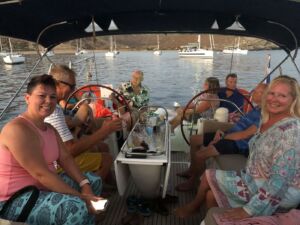 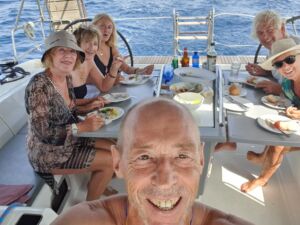 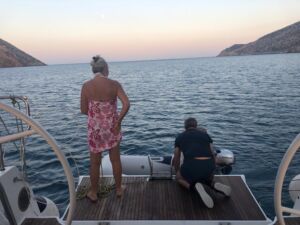 We all visited the islands of Kea, Kythnos and Serifos, and two of the yachts also managed to get to Siros. However, this meant that Anemone ended up having to make a passage back to Kea during the Meltemi day – an interesting experience in a Force 6 breeze! 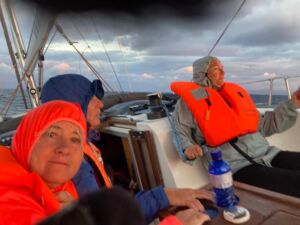 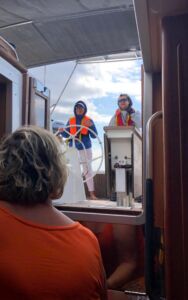 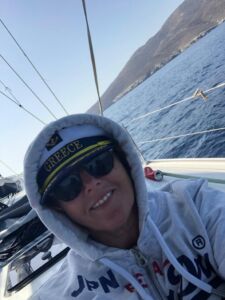 Unfortunately, Pherousa had some technical, and other issues, culminating in the swimming platform falling into the sea [at the quayside] at Kea! As some of the crew didn’t feel comfortable with an open transom for the last day’s sailing, they all returned to port by ferry, and the yacht’s owner sailed her back to Lavrion, which allowed the crew to sleep on board on the Friday night. The charter company agreed to give the crew a reasonable refund, as the technical problems meant that they had been unable to sail during the week as planned. The other four yachts had minimal technical issues, and managed to have a great cruise. 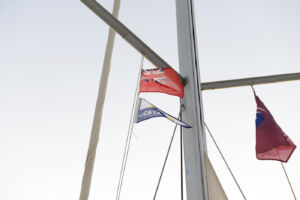 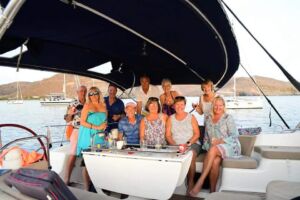 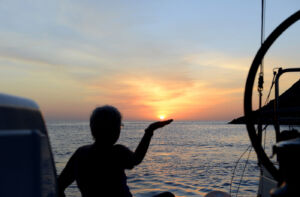 MANY thanks again to Tanya for all her hard, detailed work. It wouldn’t have happened without her! Where are we going next year?