A great sailing day enjoyed by all. Two boats were chartered, one skippered by Gary Mudge, and the other by myself, Graham Hustler.

Each boat had five crew. After several comings and goings, through some testing positive, or incurring injuries. Many thanks to those who made it in the end, namely Peter S, Peter B, Tony, Patrick, Jim, Al, Shirley, Tessa, Mark and Stewart.

After familiarising ourselves with the boats, both very nice 6-year-old 45ft Sun Odyssey Jeanneau yachts, we left Dénia Marina at around 11am. 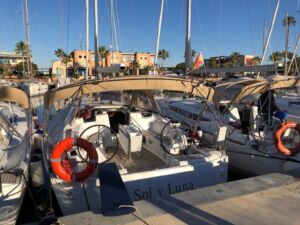 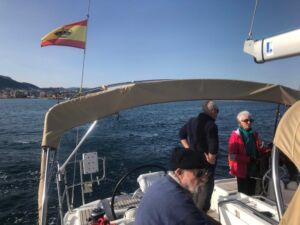 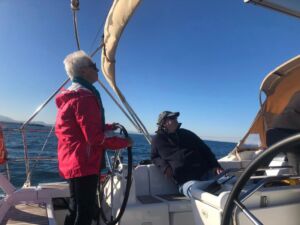 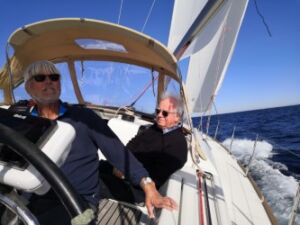 It was a lovely sunny day, clear skies, calm seas and a steady 6kn breeze from the North. Gary’s boat headed south, wanting to tour Jávea bay. Whilst we wanted to make the most of the wind, and simply go where it took us, thus enabling some tuition to be given to the least experienced.

Beating into the wind, we headed North East, as the wind increased to 12-15kts. Each crew member taking a turn on the helm, and working the winches when tacking or gybing. We enjoyed our sandwich whilst on the move. 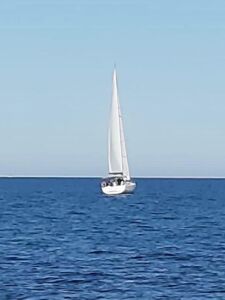 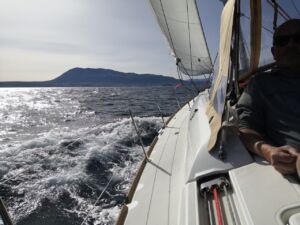 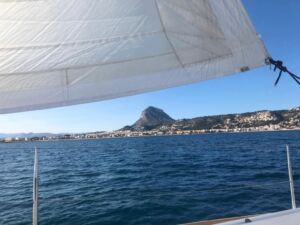 Whilst watching several fishing boats trawling as they returned to port, we spotted several dolphins at a distance following them, reassuringly proving the that the Mediterranean Sea is still in a reasonably healthy state.

Keeping in touch with each boat via the CBYA handheld VHF marine radios, we both decided to return to Dénia at around the same time, at 4.30pm.

After a great day of good sailing in good company, with great banter and safe berthing, we all met up at the nearest bar for a wind-down beer and to compare notes.