The Adventures of Sunny Spray

Helma and Bob Hermans completed a two and a half year cruise around the Atlantic during 2017 in S/Y Sunny Spray, the yacht that they built themselves. Their route took them from Oliva, Spain, through the Strait of Gibraltar, via the Bay of Cadiz and the Guadalquivir; and to all but one of the Canary Islands. Then down south to Dakar, and further south to the Sine Saloum (a delta just north of Gambia), and across the Atlantic from the Saloum to French Guyana. They then cruised along the Central American coast, the Caribbean, the Windward Islands, and then recrossed the Atlantic to sail back home to Spain. 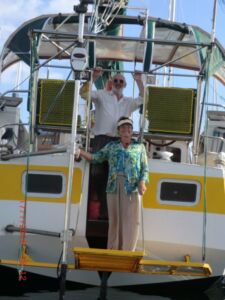 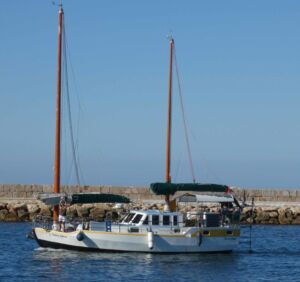 You can read all of their interesting regular reports by clicking on the links below: