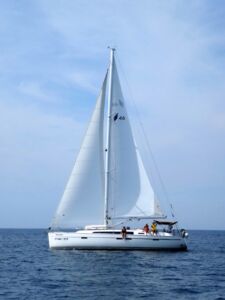 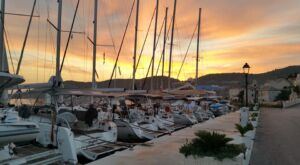 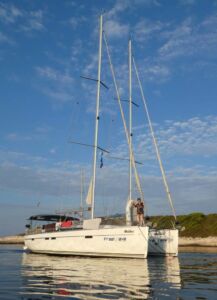 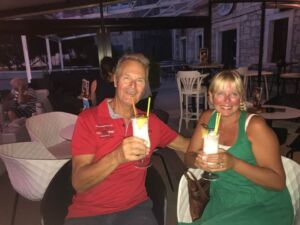 It was a great success – mainly due to the excellent planning and organisation by Tanya & Peter.

We chartered two Bavaria 46 yachts from Trogir, near Split, and spent a week cruising around the Dalmatian Islands. We visited Solta, Hvar, Piklini islands, Korčula, Vis, and Brač.

Fifteen signed up for the cruise. 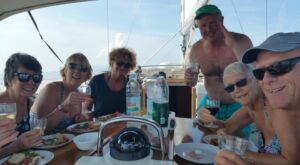 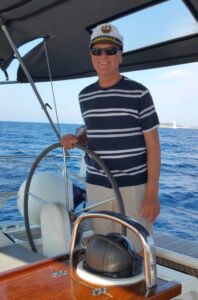 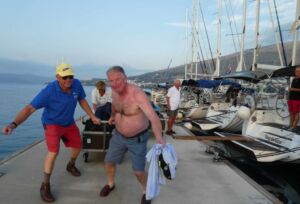 The crews worked very well together, and we enjoyed several cabaret nights on board, courtesy of Peter & Alan. Click HERE for a sample!

Light winds and calm seas, and we managed to avoid the bora (bura in Croatian) – a northern to north-eastern katabatic wind that can gust up to 100kph – which started just after we disembarked!

We spent time exploring Split before the cruise, and transferred to Dubrovnik after the cruise via Mostar (Bosnia-Herzegovina) and Ston. Some of us also managed to squeeze in a day trip to Kotor in Montenegro. 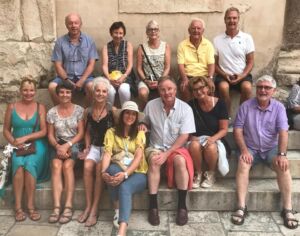 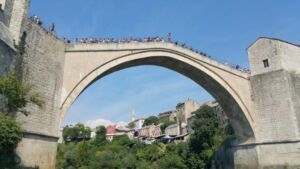 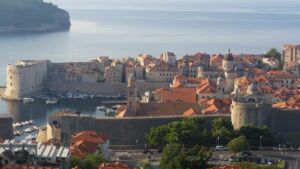 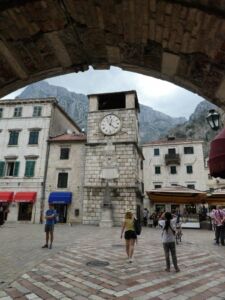 Peter will give a presentation about the trip on Monday 3 December in Jávea.

Plans are already in place for the next CBYA charter-cruise – we now plan to run one every year if possible.

Many thanks to Tanya & Peter for planning and running the trip.

Financial details can be seen at https://cbya.org/cruising-in-croatia-with-the-cbya/

GREAT extension to the CBYA activities. Well Done. Pleased a good time was had by all. Paul