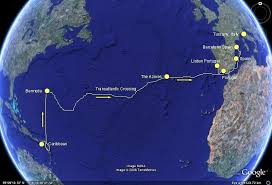 In the autumn of 2012 Keri helped a friend to deliver a New Beneteau 41 from France to Brazil. He has kindly agreed that we can reproduce his blogs here. I am sure you will find them interesting.