The 2018 CBYA Annual Awards were presented at the Nau Nau Restaurant in the Club Náutico Jávea  on Monday 21st January, with about fifty CBYA members in attendance.

The awards (presented by Tanya English): 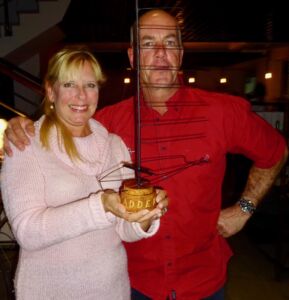 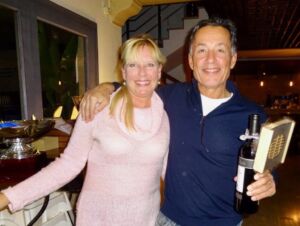 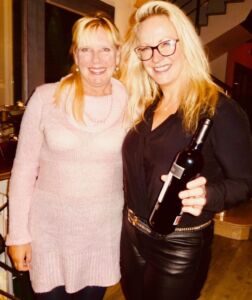 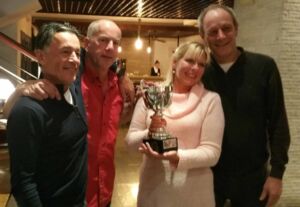 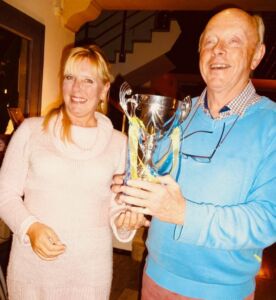 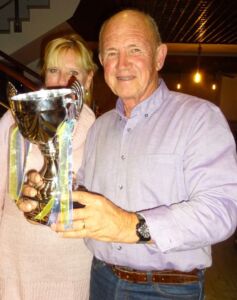 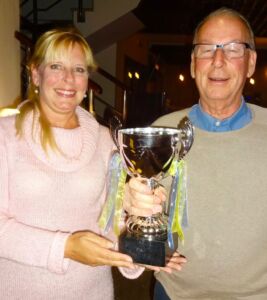 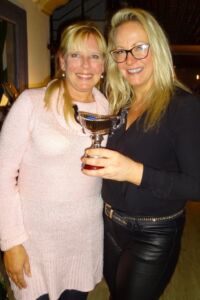 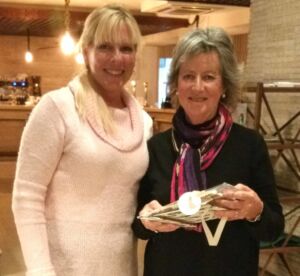 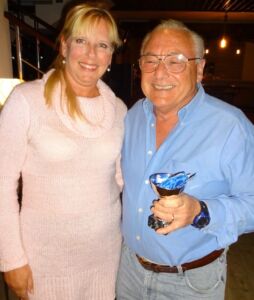 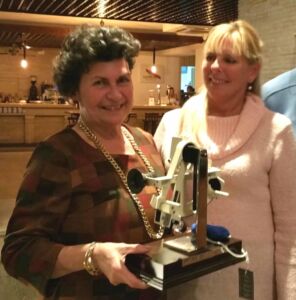 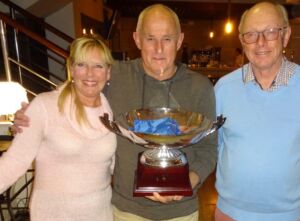 Karlheinz Trophy – presented to the CBYA by member John Allison in 2018, in memory of our former Boating Officer, Karlheinz Witte, who tragically died last year. Award for who has achieved the most ON THE WATER in whatever boat (or boats), for the benefit of CBYA members, during the previous 12 months. Awarded to Richard Evett for the huge amount of work he has done to support CBYA members ON THE WATER, both on dinghies, and on the TOMs, during the past twelve months.

During the event a silent auction was held to sell a collection of paintings and sailing equipment donated to the CBYA by our former Boating Officer, Karlheinz Witte – in compliance with his wishes, the proceeds of the auction (EUR 261) will be donated to the 2018 CBYA-supported charities. Mary-Lou Boardman & Tanya English assisted in explaining the paintings and generating interest.

The restaurant again provided an excellent meal, with good service, which was enjoyed by all. 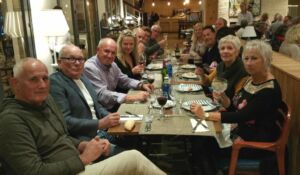 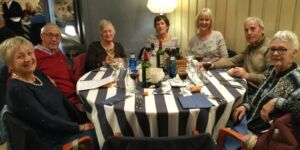 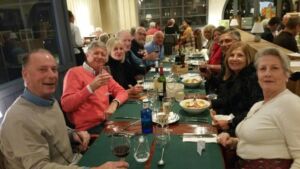 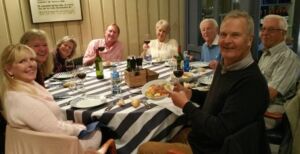 The waitresses and diners.

Many thanks to Rachel Garnham and Ann Masson for helping to recover the trophies from last year’s winners!