The 2018 CBYA-RCNC Challenge took place at Real Club Náutico de Calpe (RCNC) on Sunday 14th October. This is the only team racing event in the CBYA calendar and involves two teams, “Lubina” and “Bacalao“, competing for the honour of being awarded the CBYA Challenge Trophy on TOM 28 yachts. The teams are made up of crews of four sailors – two from the CBYA, and two from RCNC, on each boat.

The crews this year were:-

After three closely-contested races, the accumulated scores of each team were identical!! So the decision was taken to award the trophy to the team with the most FIRST places – which was BACALAO (for the fourth time!) LUBINA has won the series only once. 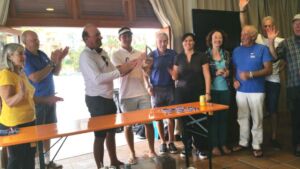 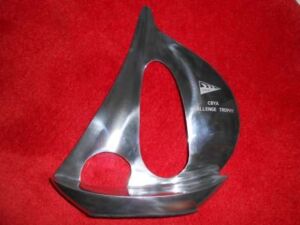 After the sailing, we enjoyed a BBQ on the RCNC terrace beautifully prepared by Christine Taylor and Rachel Garnham. The meat and drinks were provided courtesy of RCNC.

CBYA prizes were also distributed after the event for the 2017 TOMs Liga as follows: 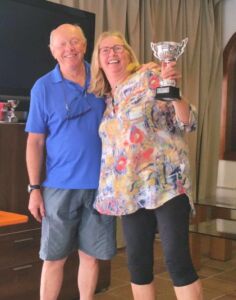 Jenny being awarded her prize by Hugh 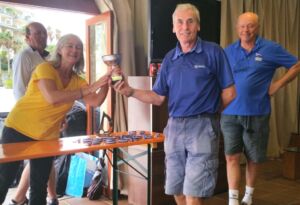 Ian being awarded his prize by Rachel 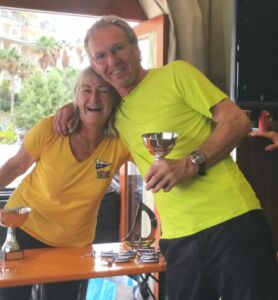 Well done to all!