Light winds with some variability made for an interesting set of races. Crews were allocated by Rachel to ensure a mix of ages, including a very sprightly octogenarian. John Allison, Hugh Epsom, Karl-Heinz Witte, Piers Armstrong, Edo Volker and Jenny Rawle were nominated race skippers. 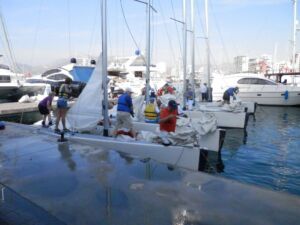 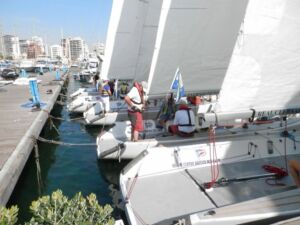 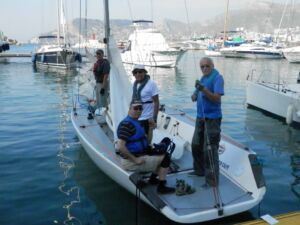 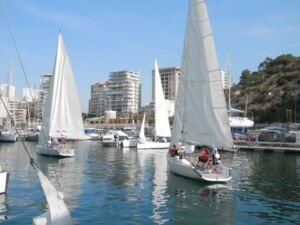 Heading out to do battle

The tussle up front between John and Hugh, with Hugh first and John second in Race 1 and these positions reversed in Race 2 (John first, Hugh third), was made less predictable in Race 3.

A faulty start in Race 3 initiating a little friendly chaos on the start line, this resulted in disastrous points for John (and a later damaged spinnaker), and disappointing but not terminal points for Hugh, enabling him to take first spot overall, with John holding on to second. 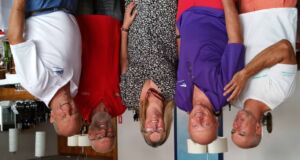 Meanwhile Karl-Heinz sailed a cautious but steady tack to take consistent points in all three races. Being the sort who enjoys a tussle, I had been somewhat dismayed at his crew briefing informing us that we were here to enjoy the day, so relax and take a steady course. However this proved to keep us out of any trouble and a resultant third overall just one point behind John.  Well judged skipper!

We enjoyed a tapas lunch in the RCNC restaurant after the event.

Let’s do it again next year!

The other 3 teams were:

It was a nice day, I enjoyed it! I come back end of november… my brother is visiting me on Thursday for 2 weeks.. And I visit Belgium…