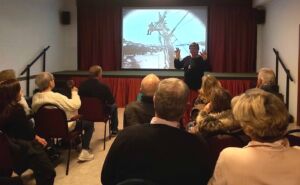 The screenings were very topical due to the following facts…..
1. 2022 is the 100th anniversary of Shackleton’s death. He is buried on South Georgia Island.
2. As of June 2021, the world has a new ocean! Its 6th!! Official recognition by National Geographic that the sea surrounding Antarctica is the world’s 6th Ocean, namely The Southern Ocean!!!! 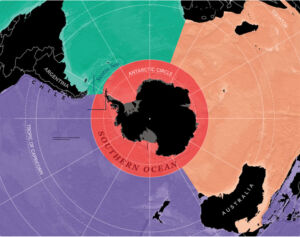 3. An expedition to locate Shackleton’s expedition ship, the Endurance, is currently ongoing. This is only the second time that a search has been started in the past 116 years. HOT NEWS (9 March 2022) the Endurance has been found! Click HERE for details.

To celebrate the declaration of our new ocean, we were treated to an excellent movie titled Around Cape Horn, an epic footage of a real voyage around Cape Horn in the Peking, a 4-masted barque, the largest commercial sailing ship of its time. 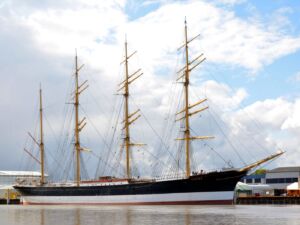 Filmed in 1929, and narrated in 1980 by the film maker, Captain Irving Johnson, who was a trainee sailor at the time. The film clearly portrayed the horrendous conditions one may encounter in the Southern Ocean.

We also enjoyed an interesting National Geographic documentary about Shackleton’s epic voyage in the Endurance, called Survival, the Shackleton Story. 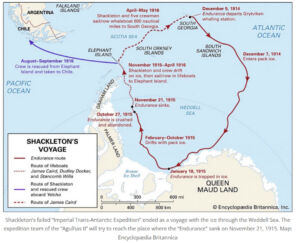 Featuring original photos and film material as recorded by Frank Hurley, the ship’s photographer, and (partly) narrated by Shackleton’s descendants. If you would like to learn more about this moment in our history, take a look at the full-length movie Shackleton’s Captain on YouTube by clicking HERE. 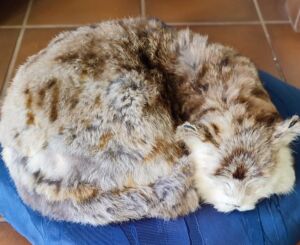 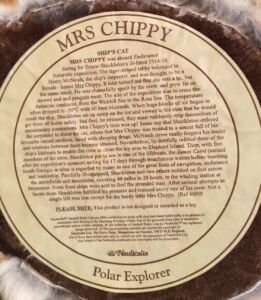 You will learn about Mrs Chippy, The Ship Carpenter’s cat!

The film screening was followed by a tapas meal in the adjacent Area 1 Restaurant.

Many thanks to Helma for presenting this fascinating CBYA film night!