5 Clubs Campomanes and the Pata Negra

CBYA crews had arranged to sail with Carlos Montes on his yacht Tanit , for both the 5 Clubs and the Pata Negra regattas at Club Náutico Campomanes on 27 and 28th November 2021. 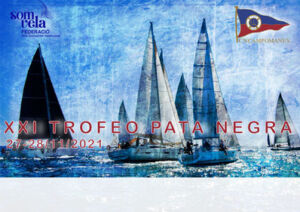 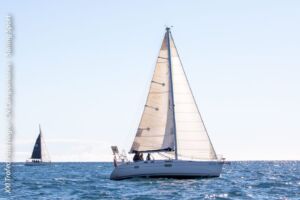 Unfortunately the Force 5 – 6 winds resulted in a Yellow Alert on the Saturday, and the subsequent cancellation of the 5 Clubs Regatta.

We fully expected that the Pata Negra would also be cancelled the next day, however the crew decided to report to Club Náutico Campomanes anyway, just in case we managed to race.

Surprisingly, the Race Committee decided that a predicted 3-hour lull in the winds as adequate to run a drag race around the Albir fish farm, so ten yachts managed to get out and race in very challenging conditions!

Having never sailed together before, and not being very familiar with Tanit, the CBYA Pata Negra crew did well to complete the course and to avoid breaking anything! We finished in 10th place, and all received good quality Pata Negra shirts to prove that we were there! 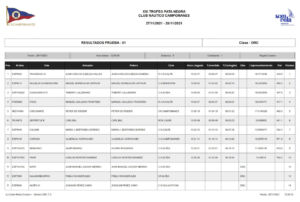 A tapas lunch was provided on an external terrace, where we enjoyed the full impact of the blasting icy wind, whilst watching the prizes being presented.

Many thanks to Carlos Montes and Tanit for another fun day out on the water.