Following our usual tradition, CBYA members met up to enjoy an evening of parades, dinner, fireworks and the burning of the fogueras on the last night of the San Juan Fiesta.
(https://www.javeamigos.com/dir_fiesta/pages/fiesta_sanjoan2016-05.htm)

San Juan celebrates midsummer and is the main fiesta of the year in Javea, testing the stamina of local residents and visitors alike for two weeks in June, culminating in the final night of spectacular fireworks to music and the burning of the large foguera in the Plaza de Constitución in the old town. 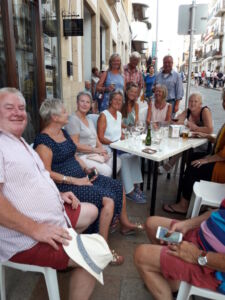 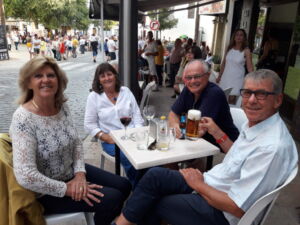 Members met at Bar La Yesca, near the Plaza del Convent, and enjoyed a few drinks and a ring-side seat for the parades down Carrer Príncipe d’Astúrias, then moved a short distance to La Tasca restaurant for dinner and a close encounter with the burning of the children’s foguera in the Plaza del Convent. 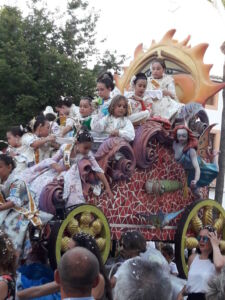 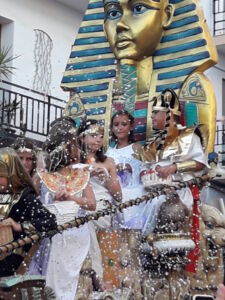 La Tasca staff coped well with a full restaurant on what must be the busiest night of the year and served an excellent 3 course meal which was enjoyed by more than 30 members. 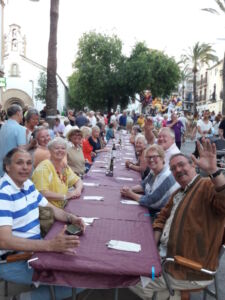 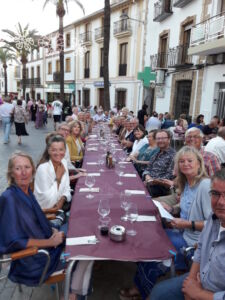 Most then made their way up to the main square at midnight for the impressive fireworks and the burning of the large foguera. Live music in the square continued until the early hours for those with the stamina to enjoy it!
As always, many thanks to Julie for all the organisation on the night along with Sabine, who both held the fort superbly in Peter English’s absence on holiday.