A Windy Day on the Water

The briefing over coffee in Bastas was clear: “We’ll aim to go outside Portitxoll Island and make for Cala Barraca for lunch. Of course, we may not make it given the wind forecast, but let’s try”. This was my first encounter with the CBYA, and I was nervous and excited in equal measure. The welcome from Peter, Hugh, Jim, Keith, Jack, Marion and Paul was warm, friendly and very reassuring. I knew then that I had made the right decision to take advantage of the CBYA cruising day. It seemed an excellent opportunity to get back on the water, after a five-year gap, and re-acquaint myself with boats, ropes, sails, wind and water – all in good company.

END_OF_DOCUMENT_TOKEN_TO_BE_REPLACED

This week the CBYA Dinghy Section made another giant step forward in its recovery from the vandalisation of our boats last year…..

END_OF_DOCUMENT_TOKEN_TO_BE_REPLACED

The CBYA Social Team organised a great walk which took place on Saturday 19 January in the mountains near Benidoleig.

END_OF_DOCUMENT_TOKEN_TO_BE_REPLACED 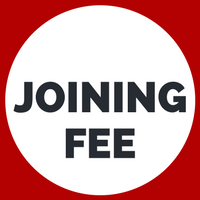 It was agreed at the last AGM on 6 March 2018,  that a joining fee of €10 per person will be reintroduced this year. This has now been put into effect.

END_OF_DOCUMENT_TOKEN_TO_BE_REPLACED 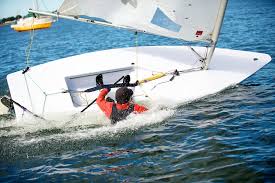 What to do if you capsize on a Laser

WHAT TO DO WHEN YOU CAPSIZE….

Generally you can feel when the boat is going to capsize. If you can sense it early enough, you may have time to quickly ease the mainsheet, and scramble over the side, placing your weight on the centerboard just as it reaches the horizontal position (be careful not to fall into the sail, as you may tear a hole in it, or worse off, hurt yourself).

Don’t put all your weight on the end of the centerboard, as this may cause unnecessary stress on the fin and hull. Rather, put your feet on the centerboard close to the hull, grab the deck where it meets the hull, and lean back. As long as the mainsheet is eased, it should pop back up fairly quickly. When it does, quickly get back into the cockpit, sort out the ropes and tiller, get your bearings, and head off once again.

An Exciting Day on the Water

The sun was shining, the sky was blue, there was a gentle breeze and all was true. Although a little chilly, conditions were perfect.

Dave Peachey turned up with a new inflatable dinghy and new outboard, which he had apparently purchased 5 years ago, but never used. After some initial problems with the outboard bracket, all was sorted out, and he brought the boat round to the El Portet dinghy hard. By that time, we had launched our ‘borrowed’ safety boat, and Paul Maudsley was out on the water warming up the outboard.

After a short time of making some rigging adjustments to Wally, Richard Evett took his first trip with CBYA crew members who wanted to learn, but were not experienced sufficiently to sail on their own. He repeated this several times over the next couple of hours, and several members benefited from his experience and tuition.

We then rigged one of the Lasers and after some ‘gentle persuasion’ Dave agreed to give it a go. He went out twice and came back with a ‘big smile’ and a lot more confidence.

END_OF_DOCUMENT_TOKEN_TO_BE_REPLACED

15+ CBYA dinghy sailors braved the traffic and crowds to gather at El Portet beach on New Year’s Day to sail our dinghies. The special fee for those sailing was a bottle of cava! They weather was ideal – sunny, warm and light breezes. We launched the 420, a Laser and a safety boat, and a good time was had by all.